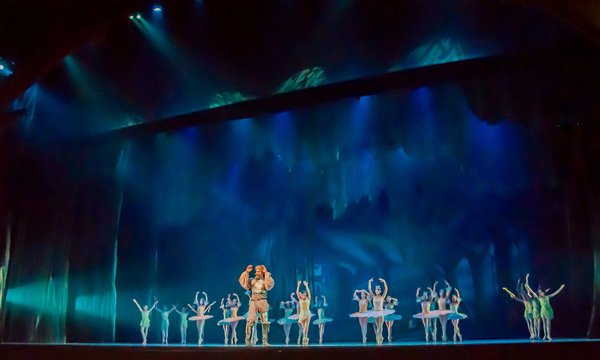 Being one of the most sought after and known circus companies of the world, Cirque du Soleil (Circus of the Sun), stands out as a spectacle of a lifetime for the audience who seek to enjoy its almost impossible tricks and air-lifts. Part circus, part theater, Cirque du Soleil Inc. produces avant-garde entertainment shows staged at permanent locations and presented to a worldwide audience through an extensive touring schedule. The headquarters of the company are in Montreal, but the company has offices in Las Vegas, Amsterdam and Singapore. During the 1990s the company diversified its production scope to include films and television shows and sold exclusive Cirque du Soleil merchandise.

The beginning of the Sun

Coming from the streets of Baie Saint-Paul; a small province of Quebec, Cirque du Soleil was originally a group of street performers entertaining passerby in rural Canadian town. Among them were fire-eaters, mime-artists, jugglers and stilt-walkers. They came together in 1989 during festival fair, which can be called the precursor to the Cirque du Soleil. Two years later this group become a solid theater group, with Guy Laliberte, a fire-eater as its founding president.

Founded first as a non-profit organization, Cirque du Soleil received financial backing from the Quebec government and performed for the first time in 1984 in Quebec town of Gaspe. The element that helped them stand out from the other circus groups was that it incorporated more theater than the traditional conventional circus around that time. Along with that they had their own original music, extravagant costumes and special lighting effects.

Unlike the everyday theater they had no animals and the show did not depend on the talent of one star performer. The performance of the group was likened to the tradition of commedia dell arte with post modern twist to it. Just within two years of its birth, the Cirque du Soleil became a global phenomena, applauded and appreciated by crowds all over the world.

Being an International sensation

In 1987 Cirque du Soleil made its first American debut in United States, creating a themed production named Le Cirque Reinvente. This earned the company its first major critical acclaim. There was no looking back from here. Performance like this took place in the Los Angeles festival, San Diego, Santa Monica, New York City and Washington DC.

The performances gathered a large crowd everywhere it went mainly due to its thematic reinvention and the distinct performance that it served its audience every time it went. While, the shows on one hand were an expression of the group’s athletic and artistic abilities, the stewardship of the company’s manager showed the excellent business capabilities. In the 1990s the company toured extensively and performed tours in Europe and Asia, bagging quite a lot of critical acclaim both from the critics and the audience.

So, if you want to buy discount Cirque du Soleil tickets and enjoy the spectacular performance of the group, look online today and book your ticket.