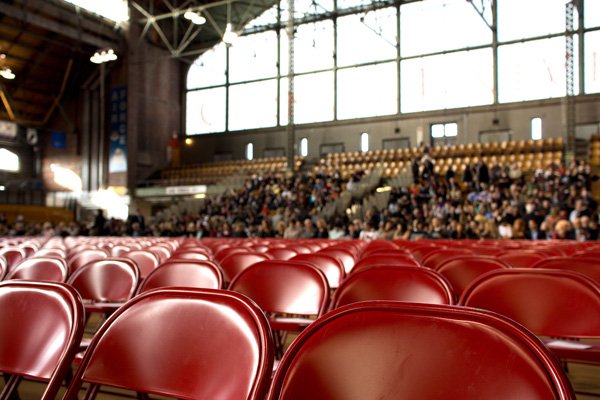 One of the most defining political acts of our time, the gulf war is coming on stage in Mumbai. Mahesh Bhatt presents, The Last Salute, a hindi play based on Iraqi journalist Muntadhar Al-Zaidi’s book, “The Last Salute to President Bush” in which he narrated the series of events that led the scribe to hurl shoes at former US president George W Bush. The play explores facts of the Gulf crisis and the US intervention which has been questioned by the civilized world time and again. For the first time in the history of Indian theatre, 80 artists will be seen together on the stage, with Mahesh Bhatt himself reading out the letter he wrote to the White House against the US intervention in Iraq, in the opening scene.

The Last Salute is expected to attract the elite audience which is interested in global issues like this one. It explores emotions, talks about world peace and how political orders of the day affect the common man. The play is presented by Mahesh Bhatt, scripted by Rajesh Kumar and directed by the veteran theatre director Arvind Gaur. Narrating Al-Zaidi’s story, the 75-minute play showed the alleged atrocities committed by American soldiers in the name of war on terror. During the play, a video will be played on a silhouette in the background and will show the agonizing images of the war victims. There will be songs also in the play, written by Faiz Ahmed Faiz, Habib Jalib and Sahir Ludhianvi, for both – giving the protest a voice and pleading for peace. Artistes of Asmita group – Imran Zahid as Al Zaidi, Shilpi Marwaha as the scribe’s love interest, Ishwak Singh as George W Bush and Gaurav Mishra as the narrator gives The Last Salute a perfect setting.

The Last Salute by Arvind Gaur will be presented in Mumbai in the auditorium of Rang Sharda. The highlight of the play will obviously be the narration by Mahesh Bhatt of his own letter which he write to George W. Bush in 2002. Various celebrities are expected to come fo the screening if this play in Mumbai. After all, how often does one get to see filmmaker Mahesh Bhatt in an opening scene of a play or for that matter, 80 artists taking a bow before the curtains falls. Mahseh Bhatt is also planning to take this play to Pakistan, just like the theatrical adaptation of Daddy was screened in Karachi.