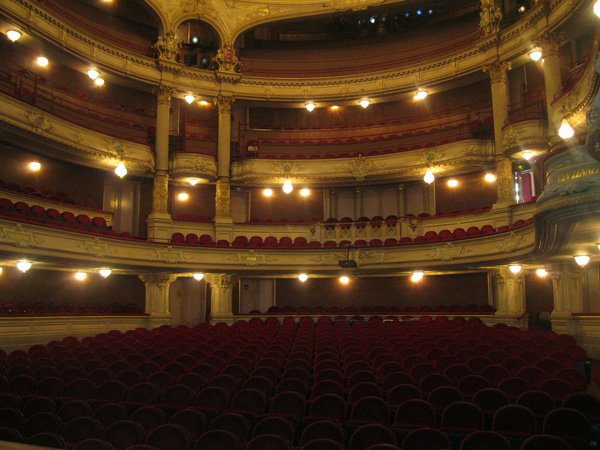 One of the renowned West End theatres, Novello opened on 22nd May 1905. It was designed by W.G.R. Sprague, whose love for stage could be accredited to his mother, Dolores Drummond, one of the notable actresses of her time. It was the period of theatres and a number of them were built in London, with his outstanding calibre Sprague went on to design 33 of them in his 40 year long career. He also designed Novello’s twin, the Aldwych Theatre. Initially the venue at the time of its inauguration was called the Waldorf Theater. Today it is located on Aldwych, in the City of Westminster, London.

Sprague presented another example of his impressive creativity in form of the classic facade of the house that he carved out of Portland Stone. The interior was Louis XIV style that was decorated in marble and gilt. He predominantly made use of cream and rose du Barry colours with rich splashes of fleur de peche marble pilasters in the dress and upper circle. This was the last of the numerous three-tier theatres built in London and was the second one to be built without a raked stage. Sprague’s attention to even minute details can be felt still today amidst the decorative panels and friezes surrounding the theatre and also among the intricately carved brass fingerplates.

The house opened with the 8-week long season of opera and drama that starred actress Eleanora Duse and renowned opera singers of the time Emma Calve and Edouard de Reszke. The first successful show to be hosted here was the Anglo-Chinese play called Mr Wu, it starred Mathesaon Lang. Lang in the coming years took over the management of the venue and made his comeback here as Wu Li Chang and in the portrayal of Shylock in The Merchant of Venice. The management of the house was taken over by husband and wife duo Arthur Bourchier and Kyrle Bellew in 1917. They resided in one of the flats above the theatre during their association while the other was occupied by the multi-talented Ivor Novello, on whose honour the venue was renamed as the Novello Theater in 2004.

Towards the end of 1982, Tom Stoppard’s impactful play about affairs de coeur, The Real Thing debuted here and enjoyed a two year run. It starred Felicity Kendal and Roger Rees in the lead. In 1987, Back with a Vengeance enjoyed a record breaking performance of 200 completely sold out shows. The house is currently home to ABBA musical the Mamma Mia. Along with their chart-topping title track, the musical also features some of their outstanding mesmerizing numbers. An immensely popular West End classic, Mamma Mia is based on Catherine Johnson’s story. A Phyllida Lloyd directorial, the piece transports audiences for a tour to the picturesque island of Greece. A musical comedy, the show is the story of a mother-daughter duo who have been caught in the events of their past. Winner of numerous awards, the piece has been in theatres in London since 1999. Continuing its record breaking run at its present venue, the show is suitable for audiences of all genres.