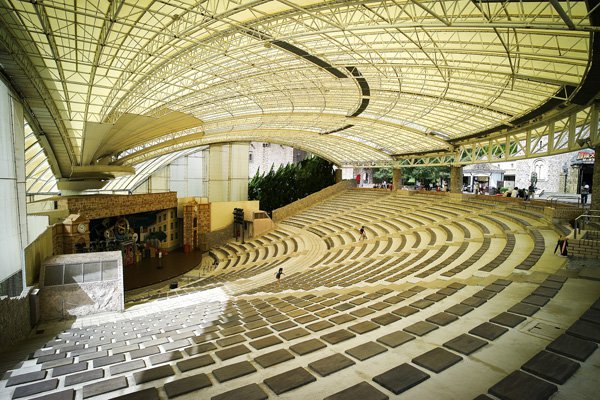 It’s a question which is often asked? Why should those, who do this for fun, be judged or reviewed? Praised or criticised?

The answer is that by receiving help and constructive critiques, suggestions and advice groups and individuals can improve their skills and thus improve both their, and their audience’s, appreciation and enjoyment.

Drama festivals are held all over the UK and offer one-act plays or full-length plays and present many genres so there is something for everyone’s taste. The best thing is they offer variety – Where else might you see a farce, a musical comedy and an extract from a Greek tragedy all in one night? Usually, for a very reasonable price.

Festivals can be a week-long, a weekend or even just a day. Many are affiliated to the two major festival associations – The National Drama Festival Association (NDFA) and the All England Theatre Festival (AETF) There are similar festivals in Wales, Scotland and Ireland.

The AETF is a knock-out competition with preliminary rounds, quarter and semi-finals until the English Final winners meet the winners from Scotland Wales and Northern Ireland in the British Final. These are held at different venues every year.

The NDFA festivals winners are chosen to appear in a week of all winners at their annual final. The standard at both finals is of very high quality.

What do festivals need? A good organisation and committee who work tirelessly to present an enjoyable event. Enthusiastic teams and of course plays! More and more groups are choosing to enter original plays, often penned by their members or selected from one of the script websites available on line which also arrange performance licences but of course there are hundreds of published plays available to suit every taste and budget.

Finally, they need an adjudicator or team of judges who are usually qualified professionals. They mark the competing teams for presentation, direction, acting and overall dramatic achievement (usually keeping to strict marking procedure set by The Guild. GoDA.) They can offer spoken or written adjudications and award trophies, medals and prizes, some of which have a monetary value.

New plays are being seen every year; some going on to win playwriting competitions. Teams now seem to want to try exciting new ideas including physical and experimental theatre and festivals are a great way to try out new talent in writing, directing and acting giving young people and new members great opportunities.

The festival circuit can be exciting, enjoyable and challenging whilst presenting their audiences with both new and tradition theatre experiences. Seek out a festival near you – you may be surprized to find there is a wealth of talent in your area you never knew.